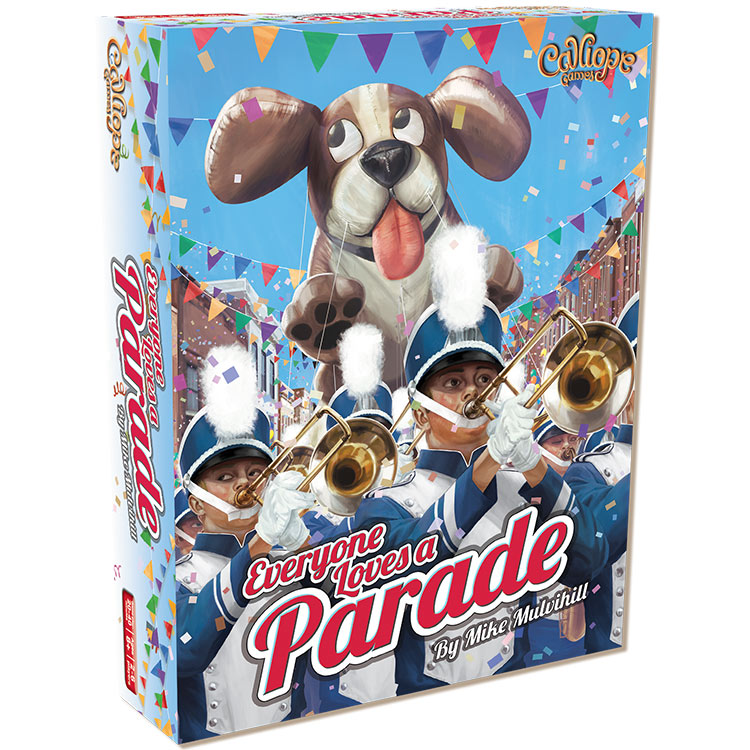 Download this Official Rules for Everyone Loves A Parade

In Everyone Loves A Parade, 2-6 players act as float designers, selecting colorful decoration cards (flowers, balloons, and flags) to add to their floats and wow the crowd, which is represented by dice showing colors and items they wish to see.

Each decoration card allows an immediate action that can give you an edge, allowing you to move or reroll crowd dice! At the end of each round, players reveal their secret order cards, perform one last action, then enter their completed float into the parade in front of a crowd. You gain points for giving the crowd what they want, and the player with the highest score after three rounds wins and becomes the Grand Marshal!

Everyone Loves a Parade

It’s a beautiful day, and your hometown is excited to watch all the fun, pageantry, and spectacle of the event!  But first, the floats that will thrill the crowd must be built . . . and the one who crafts the most exciting floats will become the Grand Marshall!

Quick How to Play: 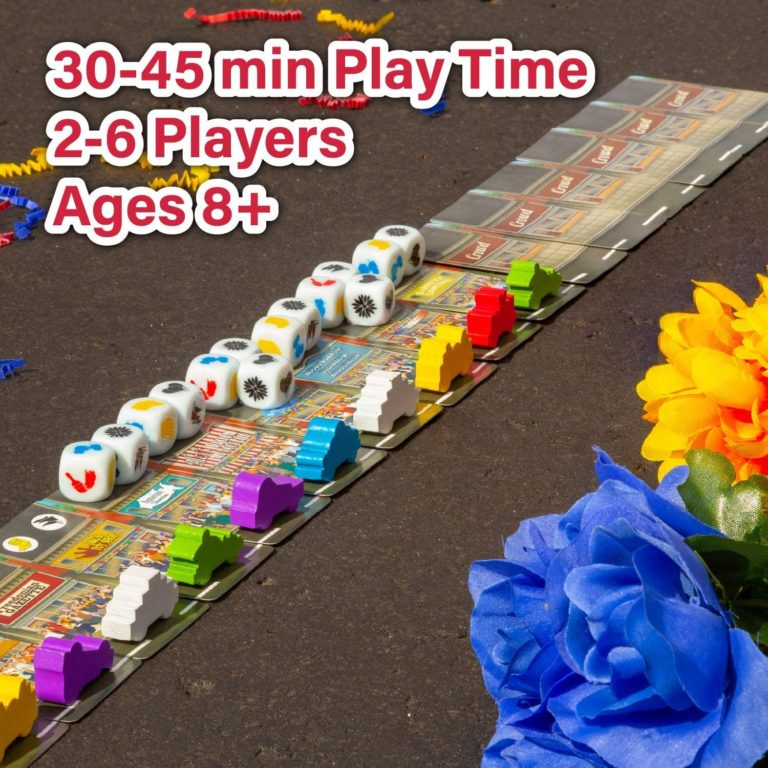 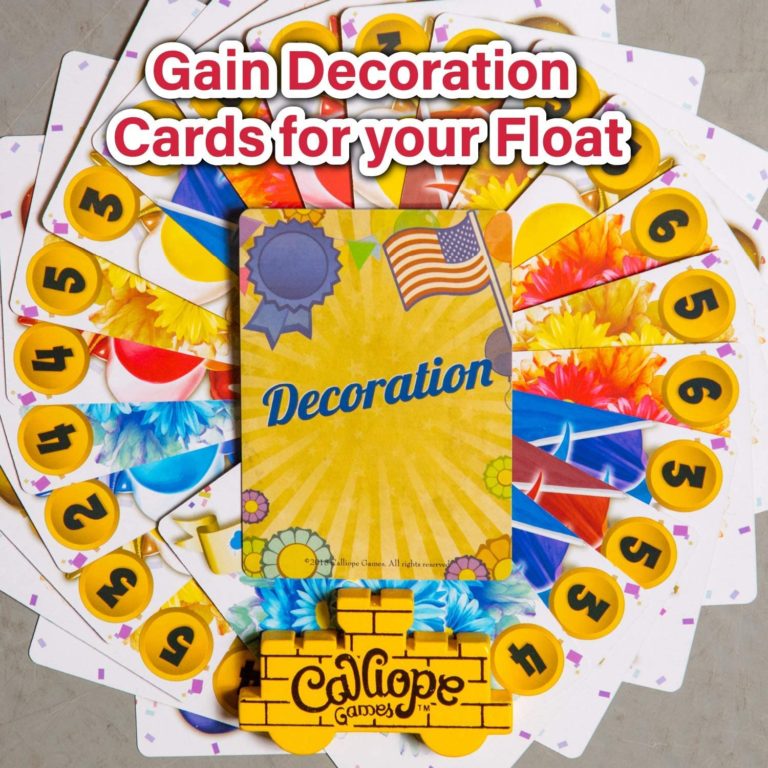 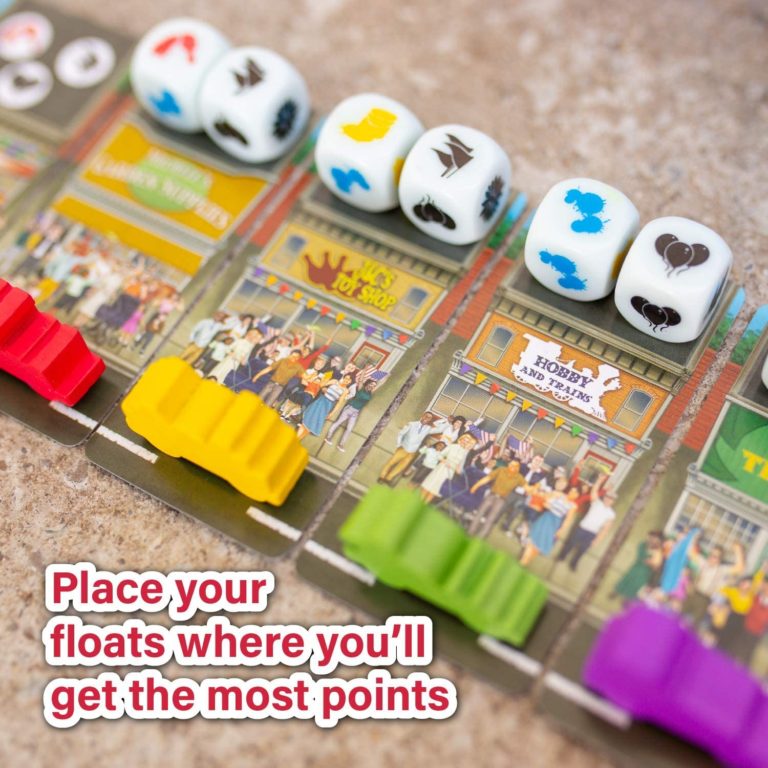 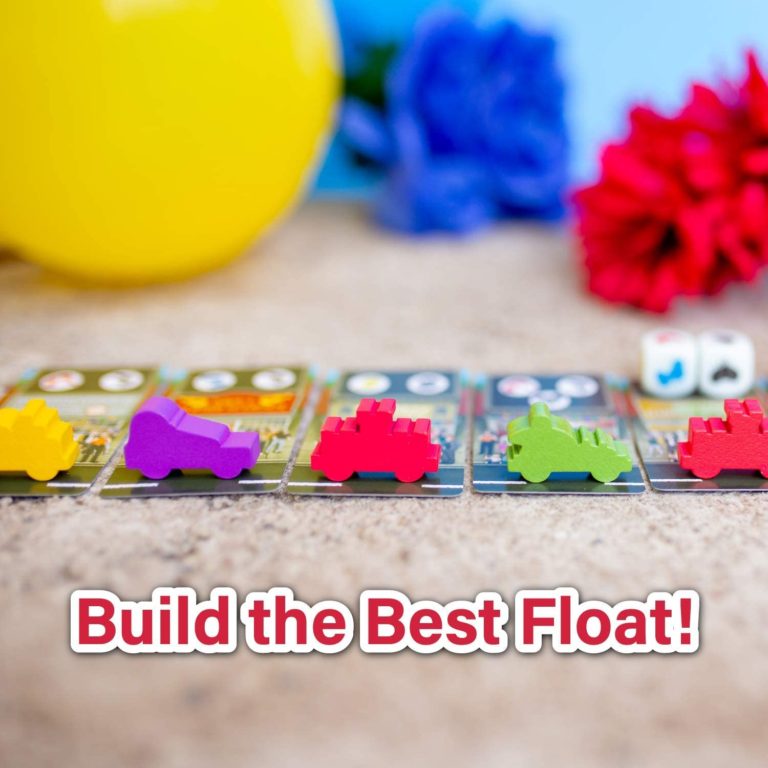