This week we caught up with Station Master designer, Chris Baylis. Chris tells all about the origins of this beloved game of locomotion. Spoiler alert…it wasn’t always about trains! More on that later. For now, let’s get chugging along! 🚂 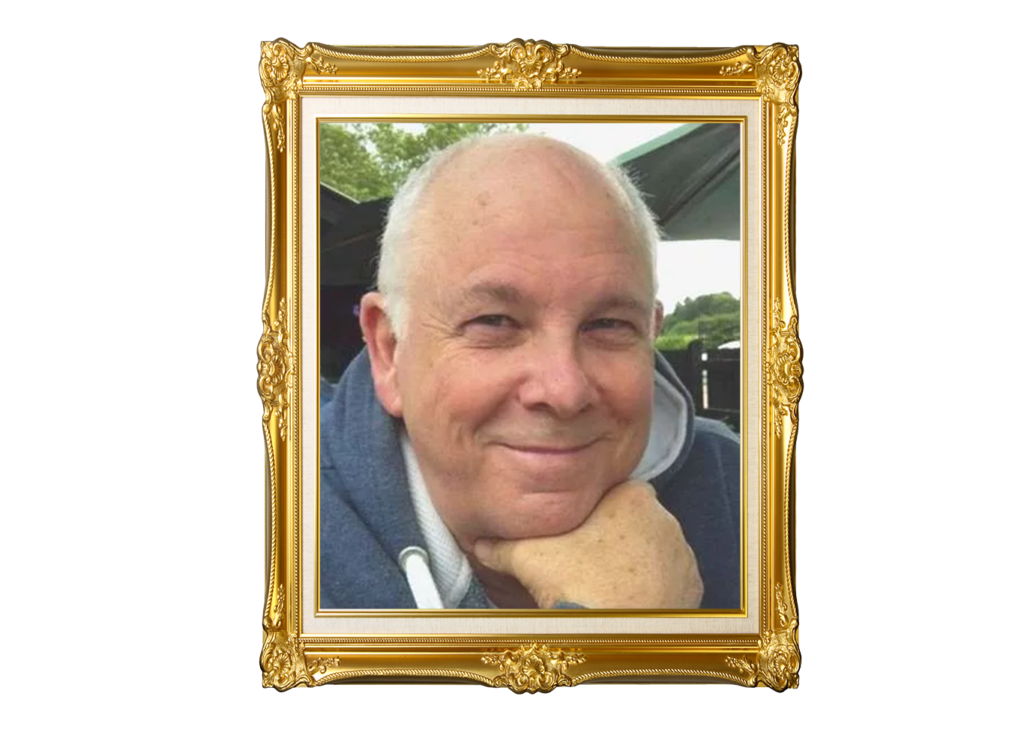 What was the process like for designing Station Master? How did you get started?

Pretty simple really. I was doing something (long forgotten) online and using Publisher! I was searching through the clip art available and found some cartoon-style pictures of animals eating food and befriending the players who looked after them.

We have 1 cat and 3 dogs and I saw that although their food looked similar they only ate the food designed for them. So I took this process and decided Dogs definitely like Bones and Cats like Fish, but not vice versa (well not so much – one of our dogs will eat anything and anybody!) So, I created a family card game where you fed fish to cats and bones to dogs for affection points. If you gave an animal food that made them ill, then you lost affection points.

I took a demo/homemade prototype of Cats & Dogs to a games convention in Scotland and played it with friends, families, and experienced/core playtesters. One of the friends asked if her artist husband could illustrate the cards for me. Of course, I said ‘yes please’ and within a very short amount of time the 9 Cats and 9 Dogs became 18 cats and 18 dogs, (because the artist, who is renown for his amazing sci-fi and fantasy art, hadn’t actually drawn cats or dogs before and he got excited and kept right on drawing.)

His art was (is) amazing and to cap it all he gave each Cat and each Dog a name and a Personality. The next time we played there was a definite edge to the game as people had started to familiarise themselves with certain of the animals and anyone giving their favourite cat or dog the wrong food got severely picked on so that they scored negative points. It was horrifically and blatantly excruciating to watch as someone’s game-play was utterly destroyed because they had dared to give a bone to someone’s favourite cat. 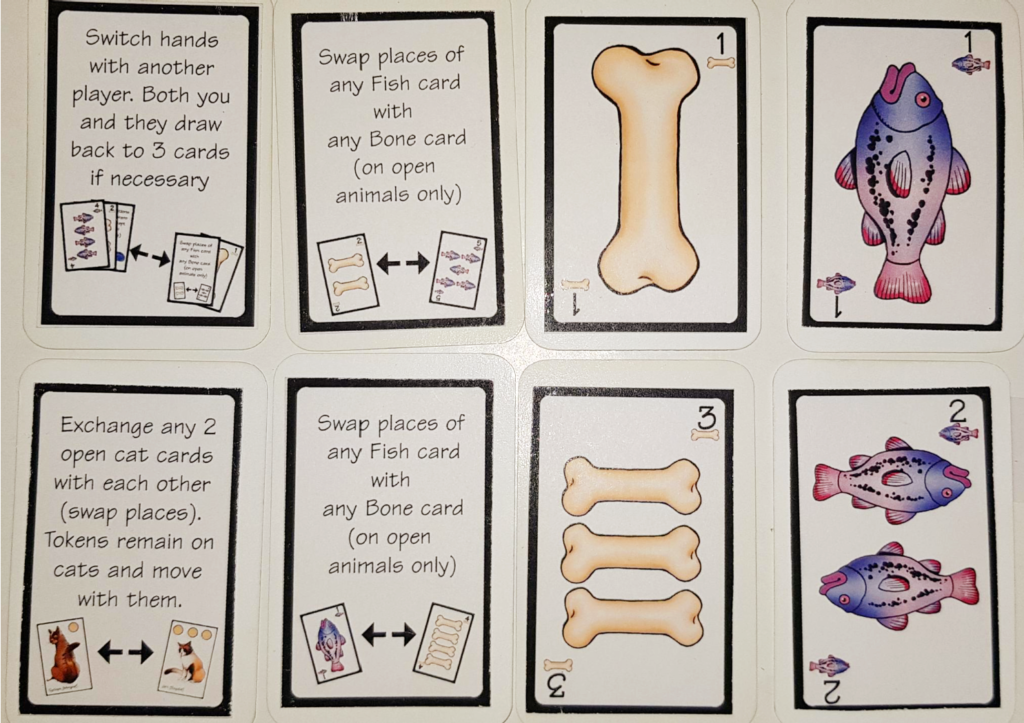 So, Station Master started with a totally different theme! How was the shift made from fur babies to trains?

A German company decided to publish Cats n Dogs, sadly without the artwork I provided. They had another excellent artist on call. He created some fine-looking animals, but the editor (I assume) for some reason placed them on slate grey backgrounds, which made them look very dark and foreboding. 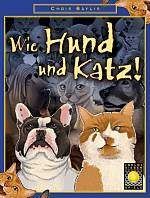 In a good, but sad, way, Cats & Dogs died when the publishing company was taken over by a massive Toy & Games company. Most games that came out that year were lost and never brought back in the reshuffle.

Thus with a good game mechanic, which Mayfair Games enjoyed a lot, I was in a bit of a bind. I couldn’t ask Mayfair to go back to my original game of Cats & Dogs so, knowing Mayfair Games were well regarded on the board game scene as THE Railway Game Company, I looked at changing the theme without damaging the mechanic. 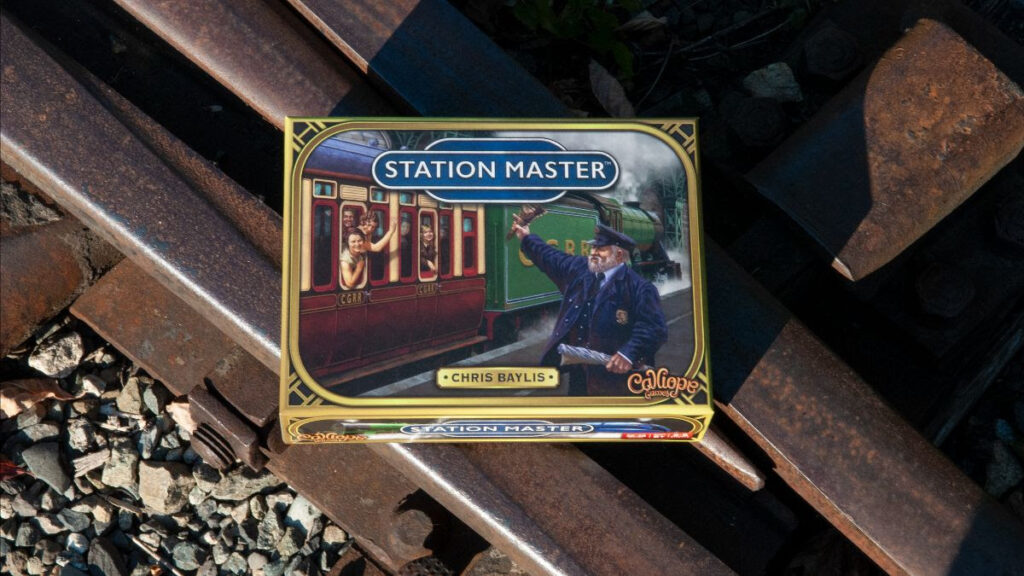 Once I had come up with the idea of using Passengers instead of the animal food and Trains instead of the animals, it was easy to give the entire game a complete makeover so that you could play both games one after the other, notice a similarity (naturally) but also discover the nuances and problem events that Trains encounter, none of which could be used in an animal-based game. Mayfair Games took it immediately. The only thing they did, apart from their own illustrations (indicative of Modern Art at the time and not liked by a multitude) was to change the name.

If you could play Station Master with anyone in the world, living or dead, who would you choose and why?

Hmmm! I wouldn’t mind playing with any group of dead people as I believe I would win without a problem. Seriously I know I would have liked to play it with my dad had I designed it before he passed. A living person? That’s not so easy, but Leo Colovini comes to mind as he has a great tactical, strategic and fun mentality, and I think it’s a game he would enjoy – that’s the most important thing about any game, whether you enjoy or endure it. 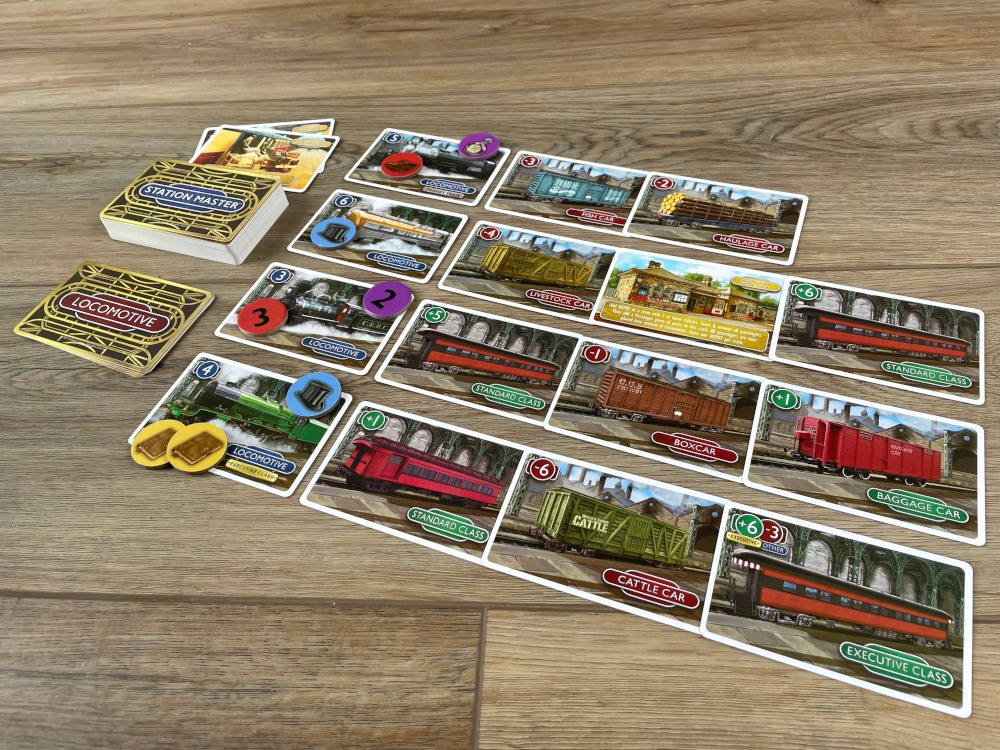 This is my OSCAR moment, my stand in the spotlight. Thank you and you and you…
First I have to thank my wife, Fran, and family, who spent many an hour playing Station Master when there were so many other things they could have been doing. Then Goldsieber for publishing Cats & Dogs even though they treated it rather roughly. Will at Mayfair for seeing its potential and taking a chance on it for about 10 years, and finally Ray at Calliope, who worked with Mayfair for a while and loved the game so much that as soon as he possibly could he bought it and resurrected it. A special mention to original artist Colin MacNeill whose artwork for Cats & Dogs should have been on a Gallery wall.

Thank you for sharing your journey! After all of these iterations over the years, what makes the Calliope Games version the definitive version of Station Master?

I was delighted when Calliope decided to revise and publish a new version. Their enthusiasm for the game was amazing, as was the fact that Calliope was happy to include some exciting rules variations. This means that players who already own and enjoy the Mayfair version have something new to look forward to!

Station Master has just returned to the webstore, so be sure to stop by and check out what’s new on the rails.