Calliope family, we don’t talk about Andy Hepworth enough. Andy is not only our incredible Art Director for Calliope Games, but we also have him to thank for the gorgeous designs of several of our games, including Tsuro: Luxury Limited Edition. In fact, designing this elegant version of Tsuro is the reason Andy joined the team in the first place! And now here he is, *mumble* years later, heading up all of Calliope Games’s art and artists.

Andy is definitely the quietest of the Calliope team, but we got him to open up a bit and chat about the development of this incredible undertaking. 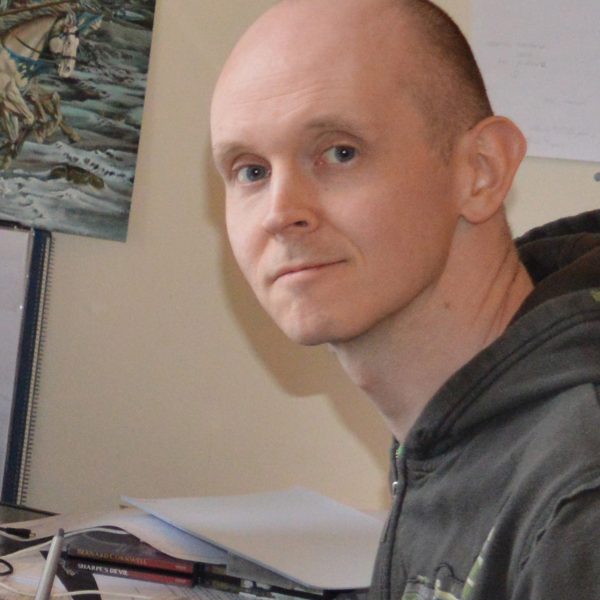 How did you wind up on this project in the first place?
The first time we ever spoke, Ray asked: Did I know Tsuro: The Game of the Path? And would I like to create an entirely new version of it? The answers to those questions were “No, and hell yes!”. It sounded like an unusual, but cool job. After many discussions with Ray, it became clear that this wasn’t going to be just any re-skin of a game, this was to be a luxury version that would take themes and ideas from the original and run with them. A wooden box, resin tiles, metal pawns. A bamboo scroll rule-set and a roll-out canvas board. The kind of artifact that may have been passed down from one generation to the next.

I was a freelancer at the time, so Tsuro: Luxury Limited Edition was done as a one off, but I guess I did something right in the end since I’m now the Art Director for Calliope Games!

What were your inspirations? What did you start designing first?
I’ve had a long appreciation of Japanese art, starting with manga and anime, but a year living in the country allowed me to draw upon all kinds of cultural and historic experiences that washed over me during my stays there. I think I started with the box first. I mean, that was the most important thing. You have to want to open the box, or else you don’t get to see the rest of it! 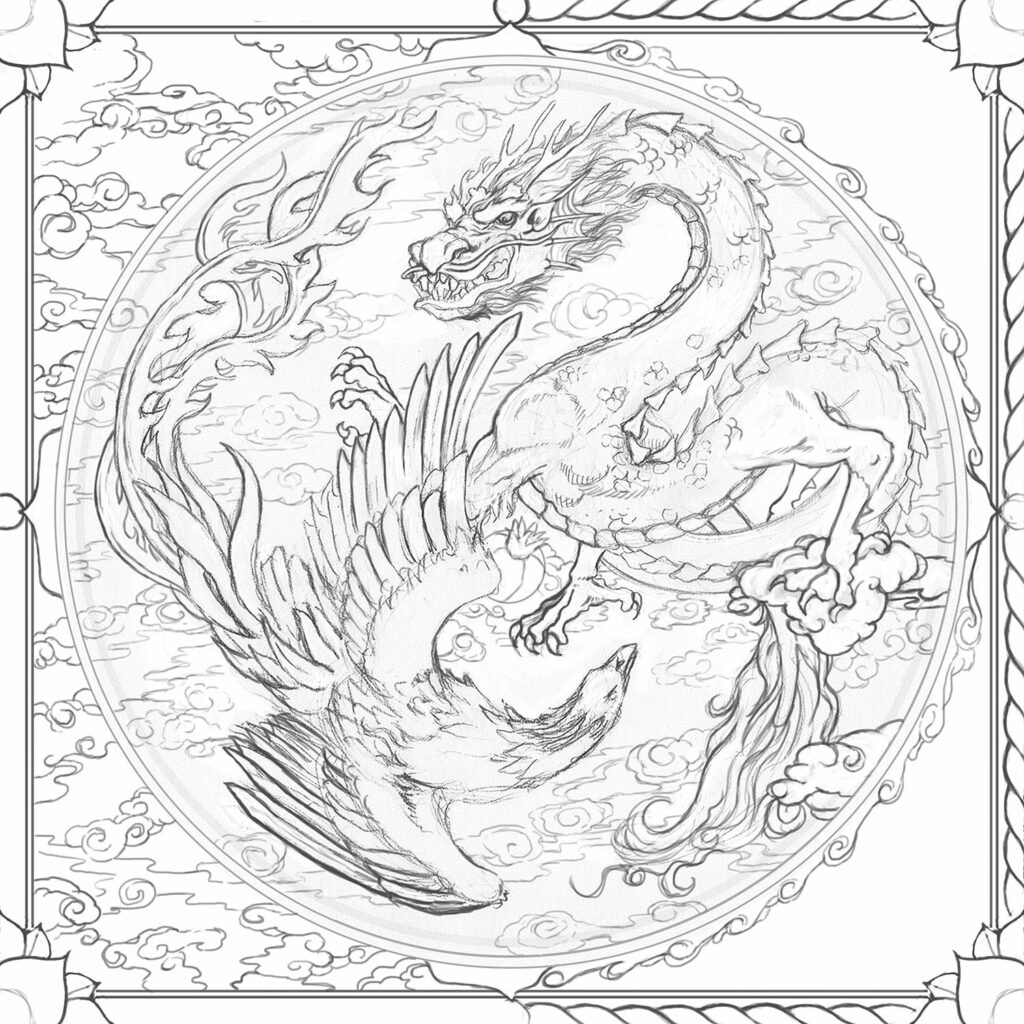 Was there ever a time you thought you couldn’t get it done? How did you overcome that?
The tricky part was designing the miniatures, and making sure each was unique but functioned as a playing piece too. I wasn’t sure we could make each one work. A lot of sketches ended on the cutting room floor, but the more I drew, the more they developed in new and initially unexpected directions. Now, however, we have physical prototypes in our hands, and artwork which had long been dormant in my brain has awoken. In the end I think we pulled it off. Then I had to do a turn-around reference for the sculptor… 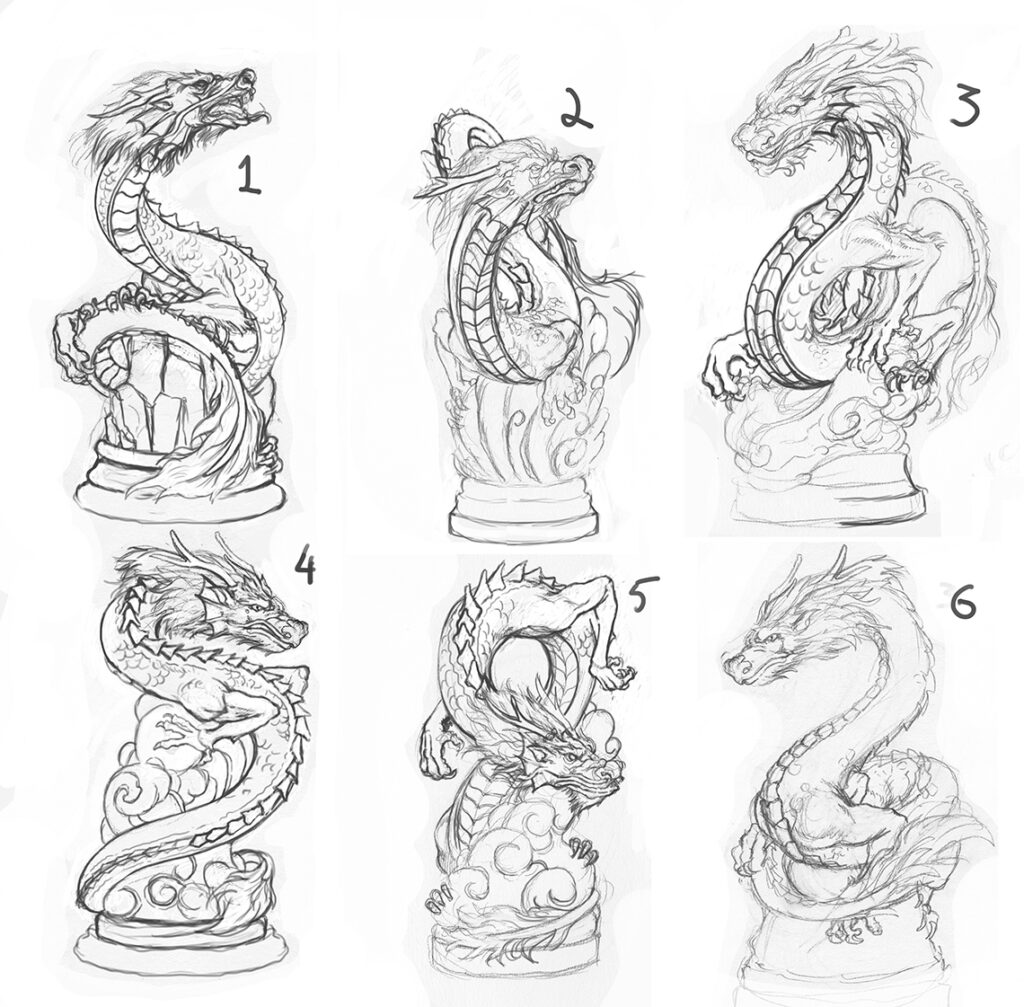 How did it feel seeing your artwork come to life?
Absolutely incredible. Breathtaking. Flat fold-out designs that began as pencil sketches became digital paintings, and have now been carved from babinga wood and given a lustre and feel that I could not have anticipated. The roundel of the dragon and phoenix is both embroidered on a lustrous bag for the tiles and rendered as an ancient canvas playing surface for the game board. The tiles have been etched and finished to resemble the original stone texture that formed the basis for tile designs. Even the bamboo scroll – an idea that seemed too ambitious to make reality – has found form and further evokes what I certainly hope will be a timeless version of Tsuro.