Everything You Need to Know About ShipShape!

We’re halfway through spooky month, and I can’t imagine anyone reading this who didn’t do at least one Halloween as a pirate. So for this week’s spotlight, we’re throwing our attention to the high seas, as we attempt to fit as much cargo in our hold as possible (is that a trick-or-treating metaphor?) in ShipShape! 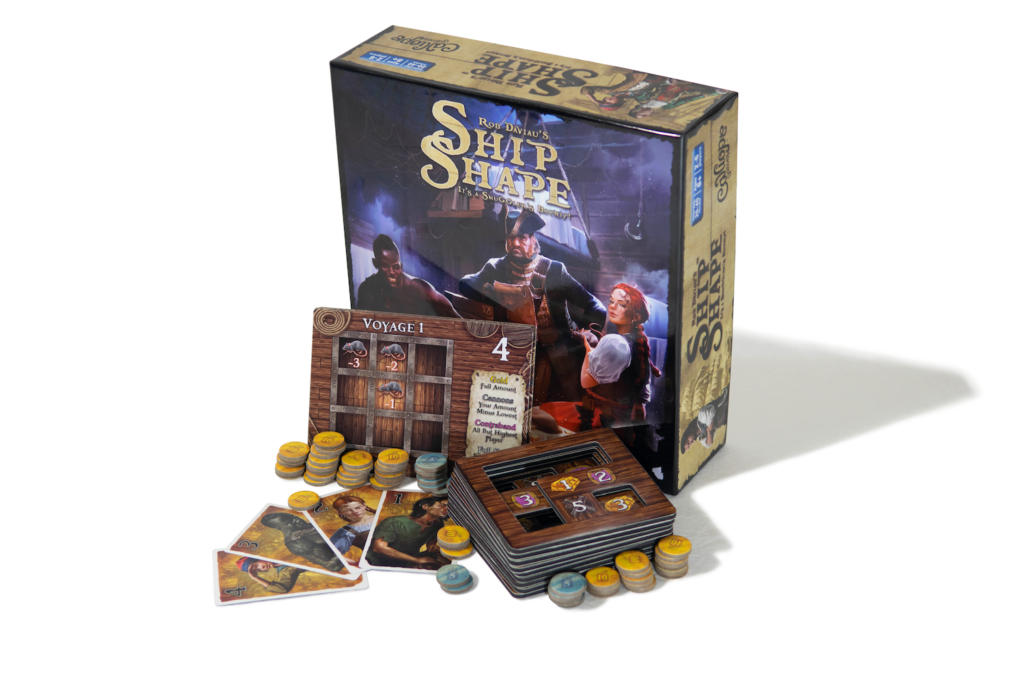 Cards on the table (heh), ShipShape was one of the first Calliope games I played once I joined the team, and it has remained one of my favorites ever since. It’s a truly unique game, not just as far as Calliope games go, but games in general. It’s hard to describe; is it a puzzle game? A dexterity game? There’s bidding, but it’s not strictly a bidding game. And that’s what makes it so fun. Players take turns bidding for the cargo tile they want within the giant stack of cargo tiles, and then rearranging their tile to the best of their abilities to cover up rats while not covering up precious stolen goods. At the end, the pirate with the most treasure emerges victorious. Check out how to play the 2020 American Tabletop Awards Winner for Best Casual Game!

Objective: Bid on which crate you want so that you can cover up the rats in your hold, and arrange your gold, cannons, and contraband for the maximum number of points. 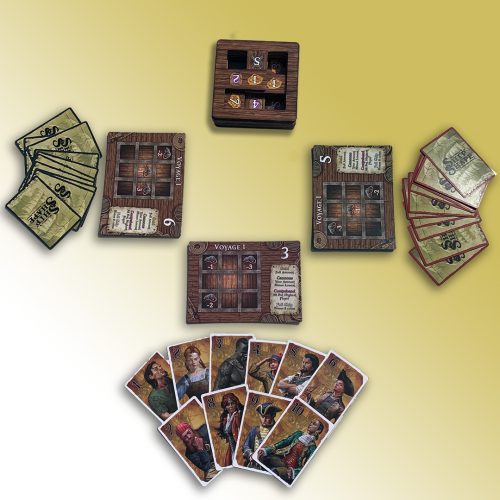 Setup
Everyone gets a Voyage 1 card, and a set of 10 Crew cards in their player color. A stack of cargo tiles equal to 3 times the number of players is stacked in the middle of the table (if playing with 6 players, you’ll create 2 stacks of 9 tiles). 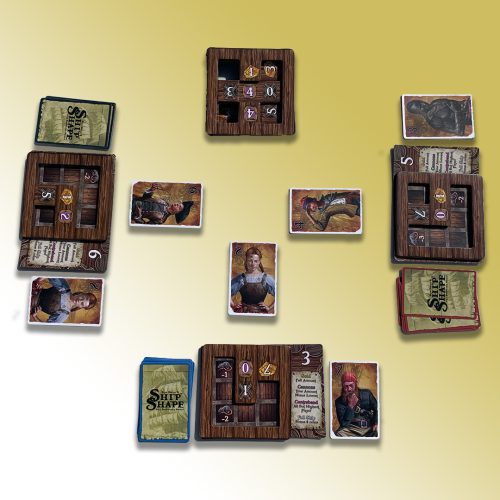 Gameplay
Each round you’ll use your numbered crew cards to bid to take the top cargo tile in the stack. The highest number gets the first tile, second highest gets the next, and so on. If there’s a tie, those players wait until every other player has taken a cargo tile, then they bid a second time to take what’s left.

Once you get your tile, you’ll need to carefully arrange it on your cargo hold to cover up rats, while not covering up valuables. You can rotate or flip the tile any way you want. Each Voyage has 3 rounds of bidding and placing (hence stacking 3x the number of players). Once the stack of cargo tiles in the middle is empty, you’ll score the voyage. 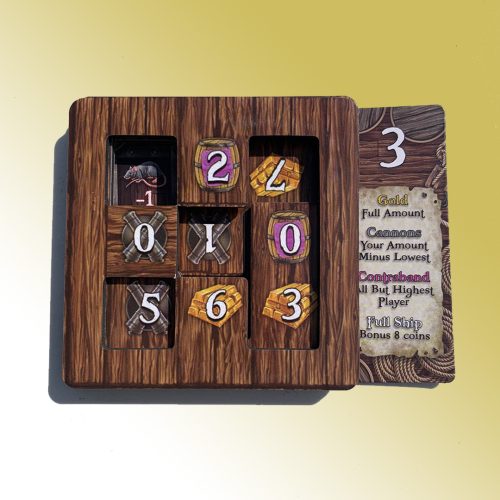 Scoring
Points are converted into copper (worth 1 point), silver (worth 5 points), and gold (worth 10 points) as you score.
Gold- The number of points shown, minus any rats
Cannons– The amount shown, minus the value of the person with the lowest amount of cannons. So if you have 6 cannons and the person with the lowest amount of cannons has 3, you would get 3 points, and they would get zero.
Contraband- Everyone scores the points shown, except for the person with the highest contraband, who gets nothing; the Royal Navy shows up and takes it all.
If you manage to fill your entire cargo hold (no empty spaces), you get a bonus 8 points!

You’ll play 3 voyages like this, with each voyage getting progressively harder cargo holds to fill. The pirate with the most coins at the end, wins!

Is there any way to see/move the cargo tiles in the stack to see what you’re bidding for?
You can’t move the tiles, but you can stand up and lean over to get the best view! Also, all the treasure on each tile adds up to 8, so if you see 2 gold and 3 cannons, you know the missing piece is 3 contraband, even if you don’t know where it is.

Is this a good game for gameschooling?
Yes! In fact, we have a lesson plan for charting reflections and rotations throughout the game already available.